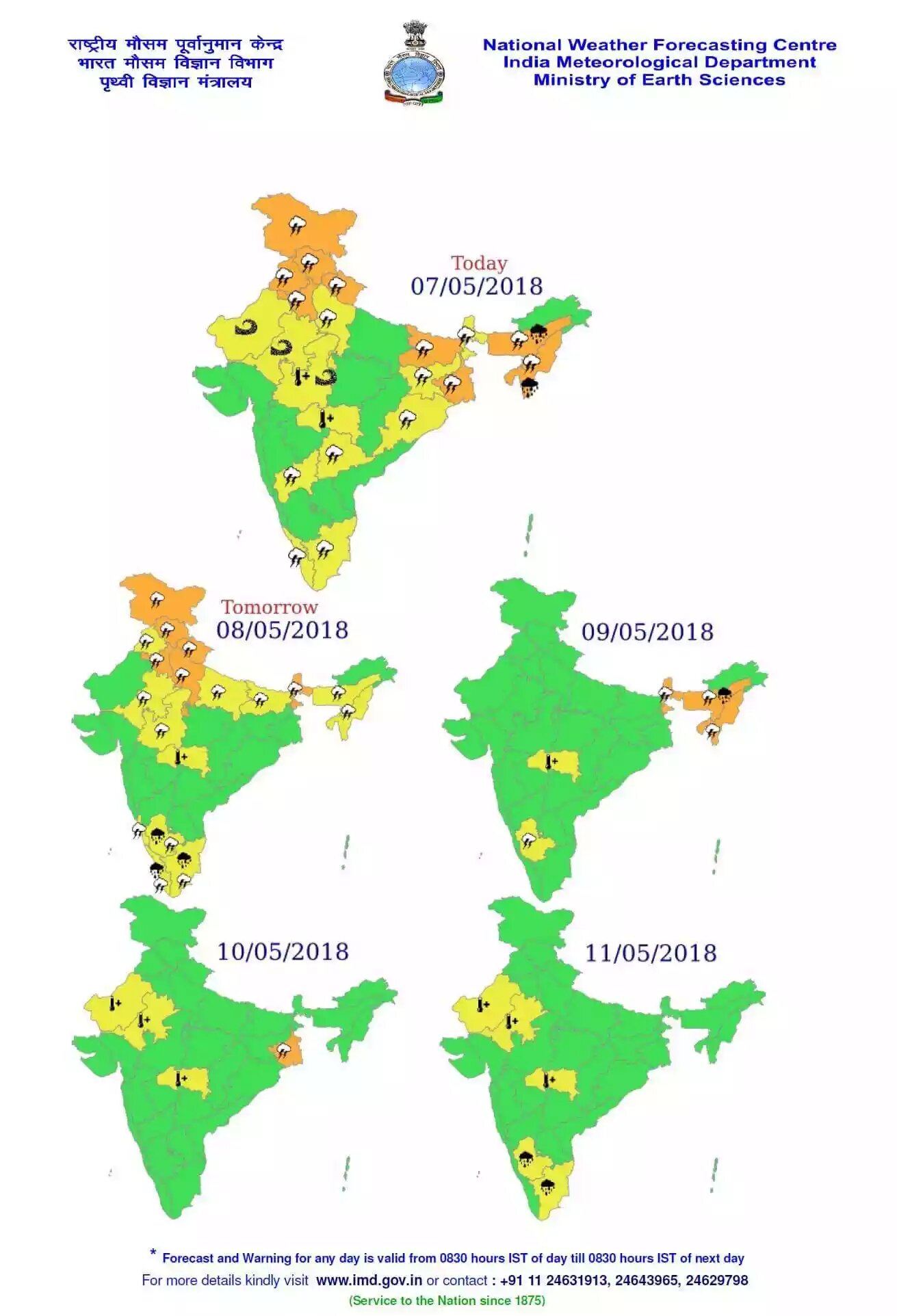 The storm and storm warning issued by the Meteorological Department for 2 days has begun in many states, 11 years old child has died due to storm and heavy hail in Mainpuri in Uttar Pradesh, besides There are reports of bad weather in many places in North India too. The Meteorological Department has been issuing alerts for storm and storm since 2 days. Today, for 7th May, the orange alert is for 7 states on May 5 and 8 of North India. There is also yellow alert for many states, altogether, alerts have been issued in 13 states.

7th May Prediction
According to the Meteorological Department, on 7th May, there may be hail along with storms and storms in some places in Himachal Pradesh, besides there is a warning of storms and sharp thunderstorms in many places in Jammu, Kashmir, Punjab, Haryana, Delhi and Chandigarh. A dust storm has been issued in Uttarakhand.

8th May Prediction
The Meteorological Department has issued an orange alert for May 8, according to which there is a warning of storm and hailstorm in parts of Himachal Pradesh and Uttarakhand. Hurricanes and storms have orange warnings in Delhi, Punjab, Haryana, Chandigarh and JAMMU-KASHMIR. Uttar Pradesh, south interior Karnataka, Tamilnadu and Kerala have warnings of dust storms in some places and warnings of dust storm in western Rajasthan have also been issued.